Our new building benefits our members, associates and the communities we serve. 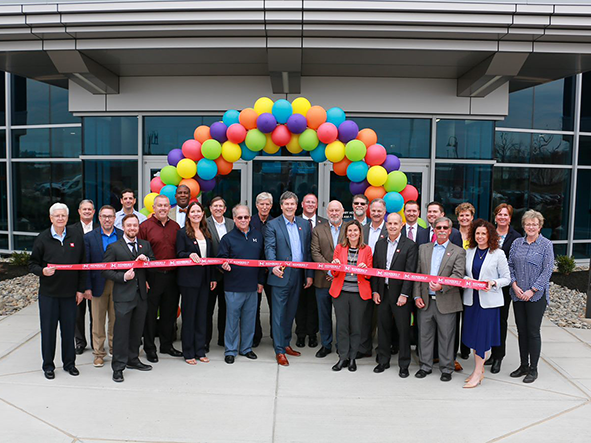 On Tuesday, April 5, Members 1st Federal Credit Union held a building dedication ceremony at its new headquarters in Hampden Township, PA. Representatives from the credit union, including President & CEO George Nahodil as well as Members 1st’s Leadership Team and Board of Directors, gathered to commemorate the new facility. Local community members and elected officials were also in attendance to recognize individuals and partners who played a significant role in the project.

This new building marks the beginning of an exciting new chapter for Members 1st. In 1997, the credit union built its longtime headquarters located in Mechanicsburg.

“Several years ago, we began making plans for a new headquarters to improve efficiencies,” said President & CEO George Nahodil. “I am so thankful for and proud of our associates who stepped up and brought this vision to life, all while continuing to deliver unparalleled experiences to our member-owners.”

According to Nahodil, associates were previously spread across multiple buildings. Selling the four separate buildings in the Rossmoyne Business Center and moving into one space where administrative associates can all collaborate was the most fiscally responsible option with an expense-neutral end result. Members 1st has sold three of the four buildings previously occupied for more than two decades in Mechanicsburg. The credit union plans to sell the remaining building and currently has it listed for sale by Campbell Commercial Real Estate.

The new, 185,000-square-foot facility is home to more than 500 administrative associates and includes 73,000 square feet of glass, which allows for natural light throughout the interior. A community room provides dedicated space for meetings and events hosted by the credit union. Other amenities include collaborative workspace, an associate café, a walking trail around nearby Hampden Township Veterans’ Park and an associate fitness center. 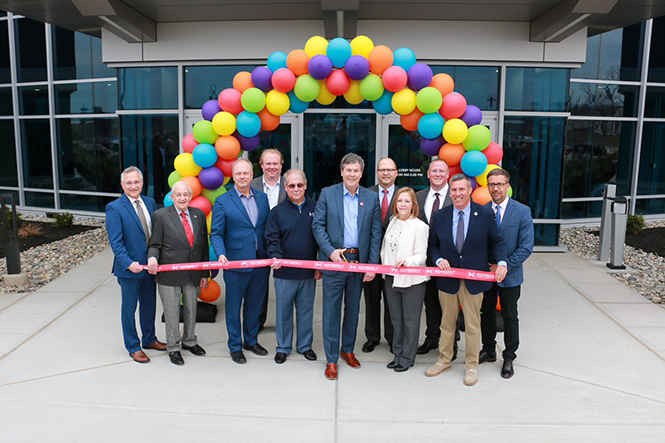 The credit union’s Senior Vice President of Facilities Dale Gingrich and his team were responsible for seeing the project through from concept to completion. “This building signifies much more than a construction project that spanned over 600 days during a global health pandemic,” said Gingrich. “It marks an exciting new milestone for the growth of our business and the exciting future ahead for our members and associates.”

“All of us at Mowery were thrilled to have worked with Members 1st Federal Credit Union as the construction manager on this amazing project,” said Mowery CEO and Owner David Cross. “The building is not only a testament to a world-class organization but also a living example of how to conduct business. I attribute much of the success of this project to the cultural alignment that exists between our two organizations and the entire project team.”

Since its humble start in 1950, Members 1st Federal Credit Union has grown to a full-service financial institution with more than half a million members and over $6 billion in assets. The credit union offers a full suite of financial tools and services through its network of almost 60 branch locations throughout Central Pennsylvania as well as its robust digital banking and call center channels. To learn more about Members 1st, follow us on Facebook, Instagram, LinkedIn, Pinterest and Twitter.

Please be aware that by continuing you will be leaving www.members1st.org and viewing content from another website.